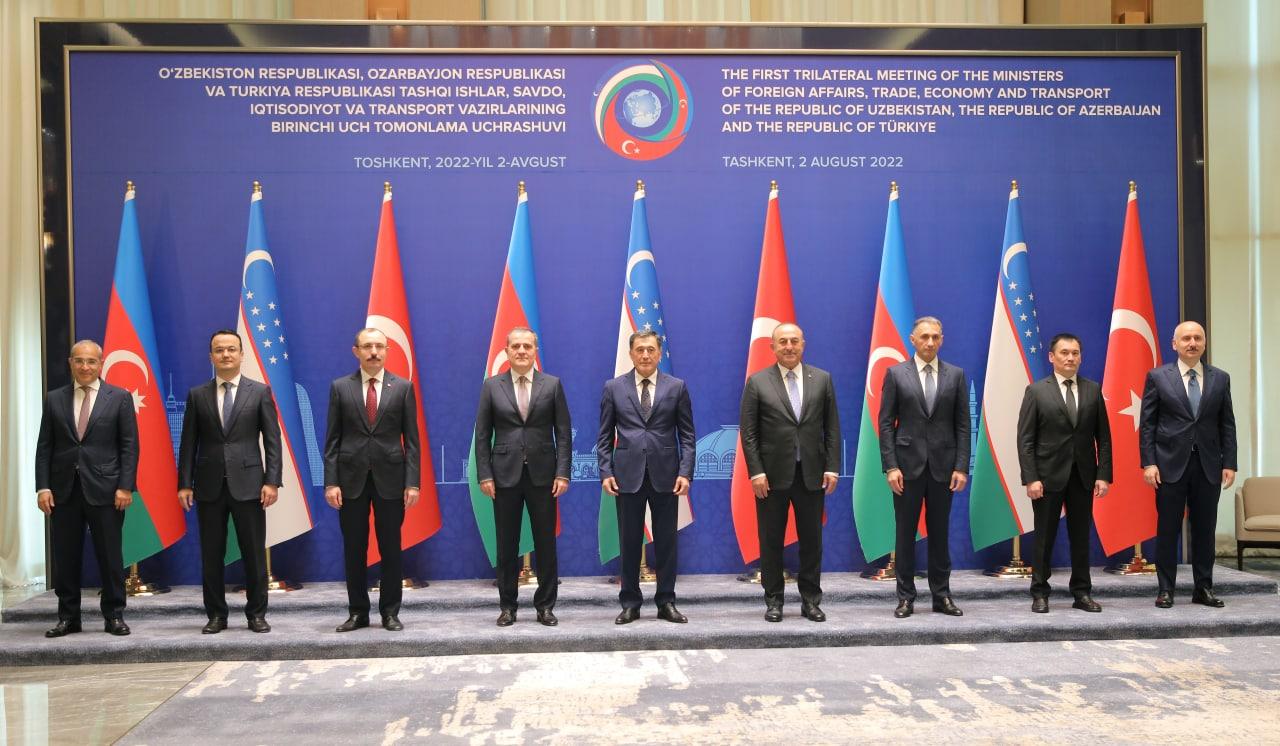 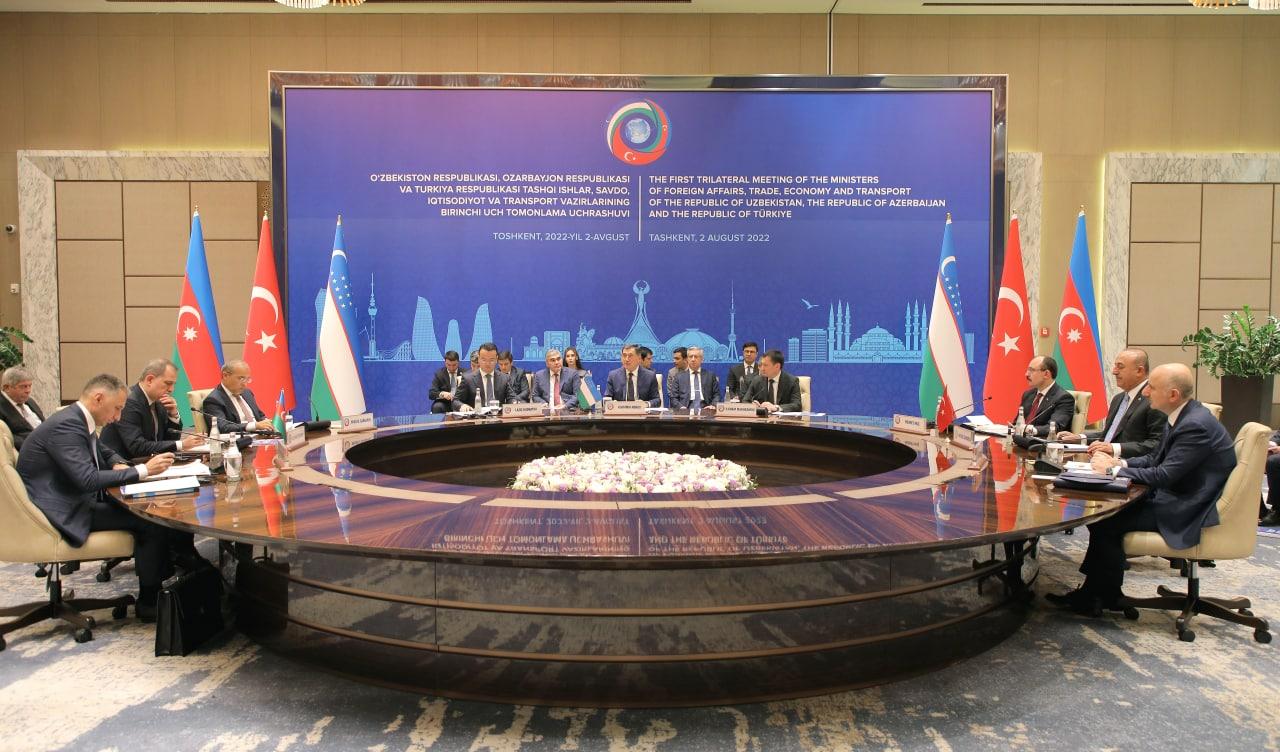 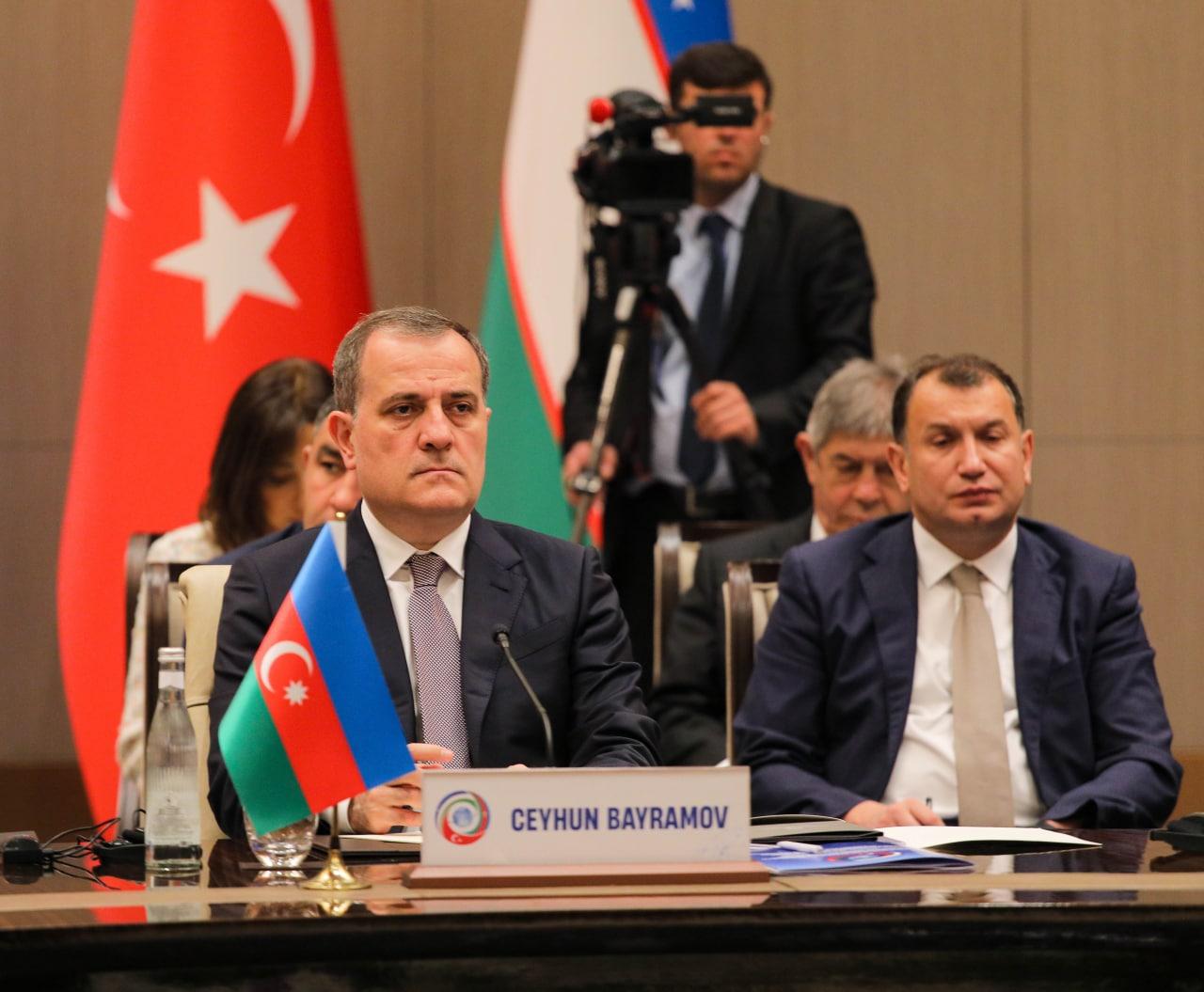 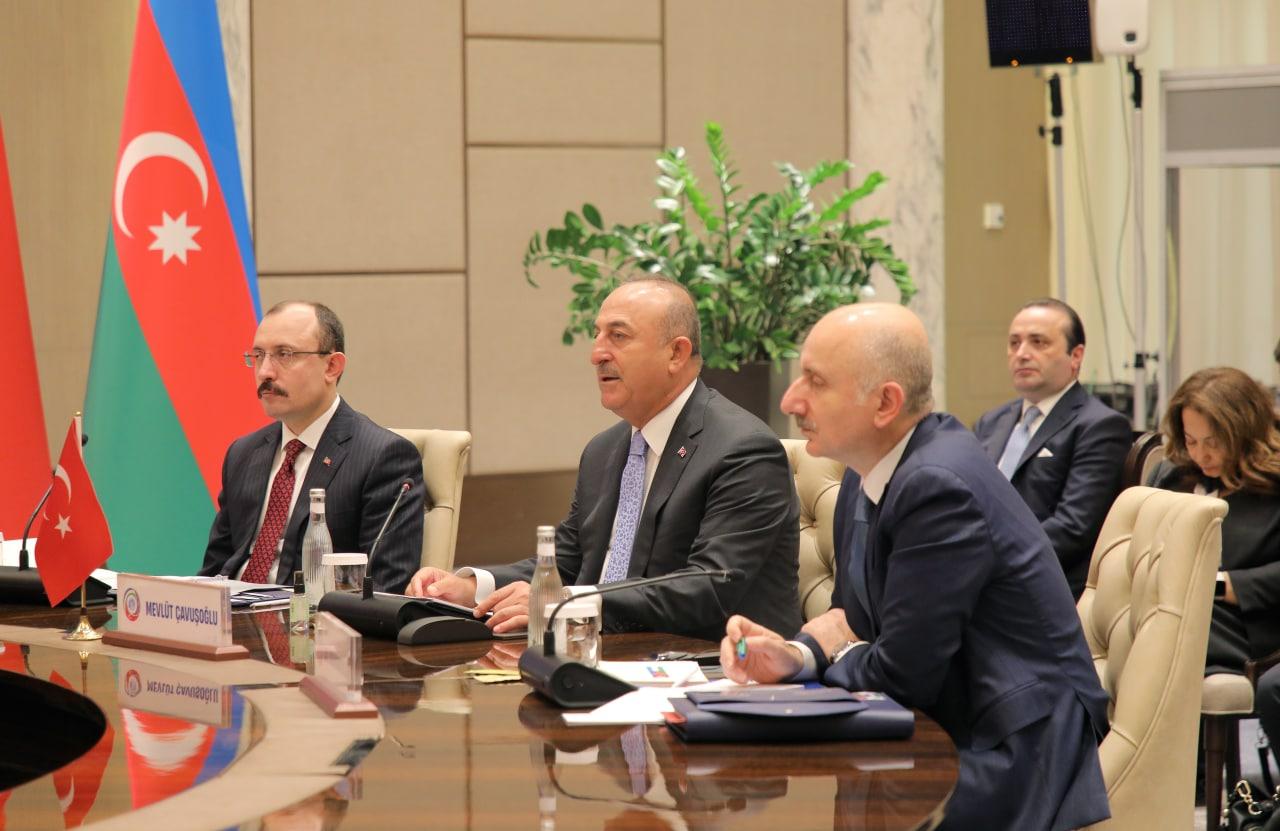 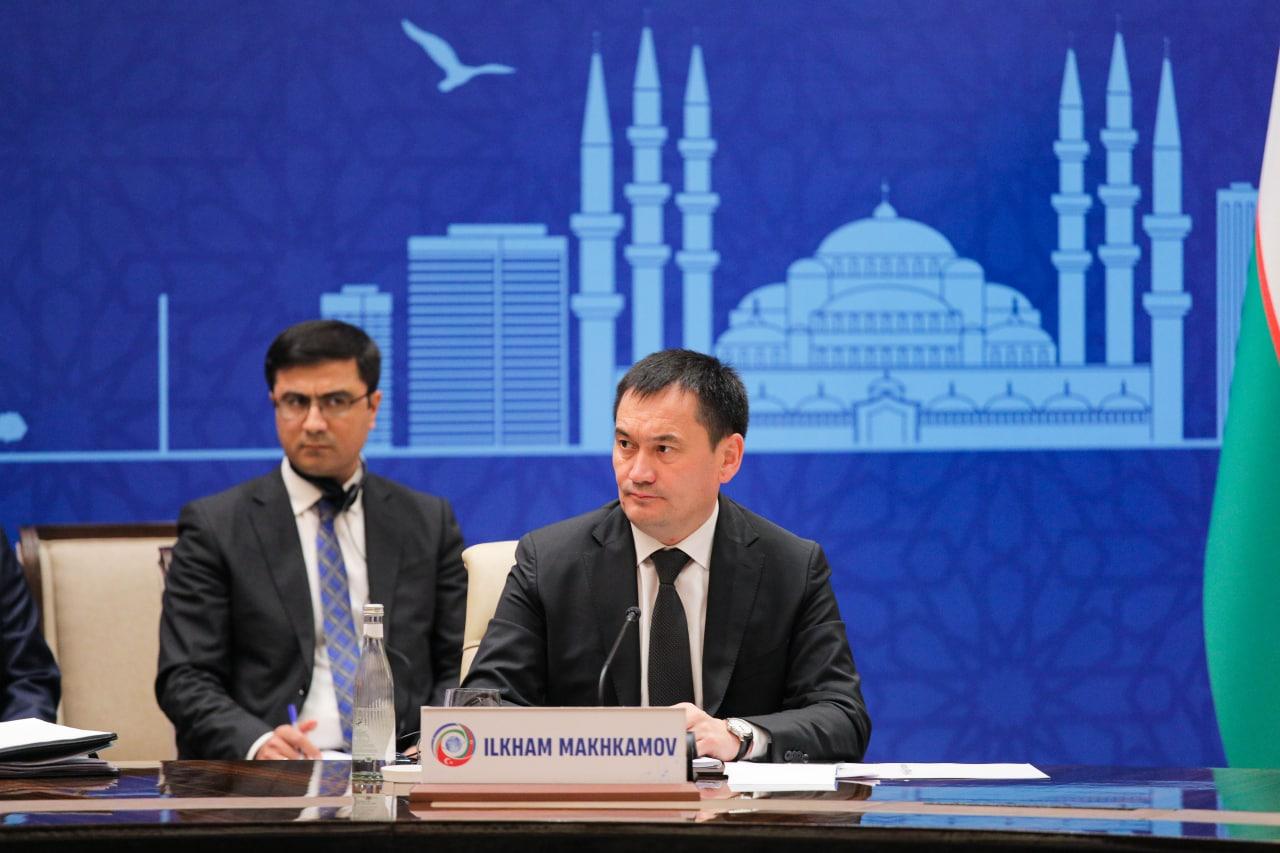 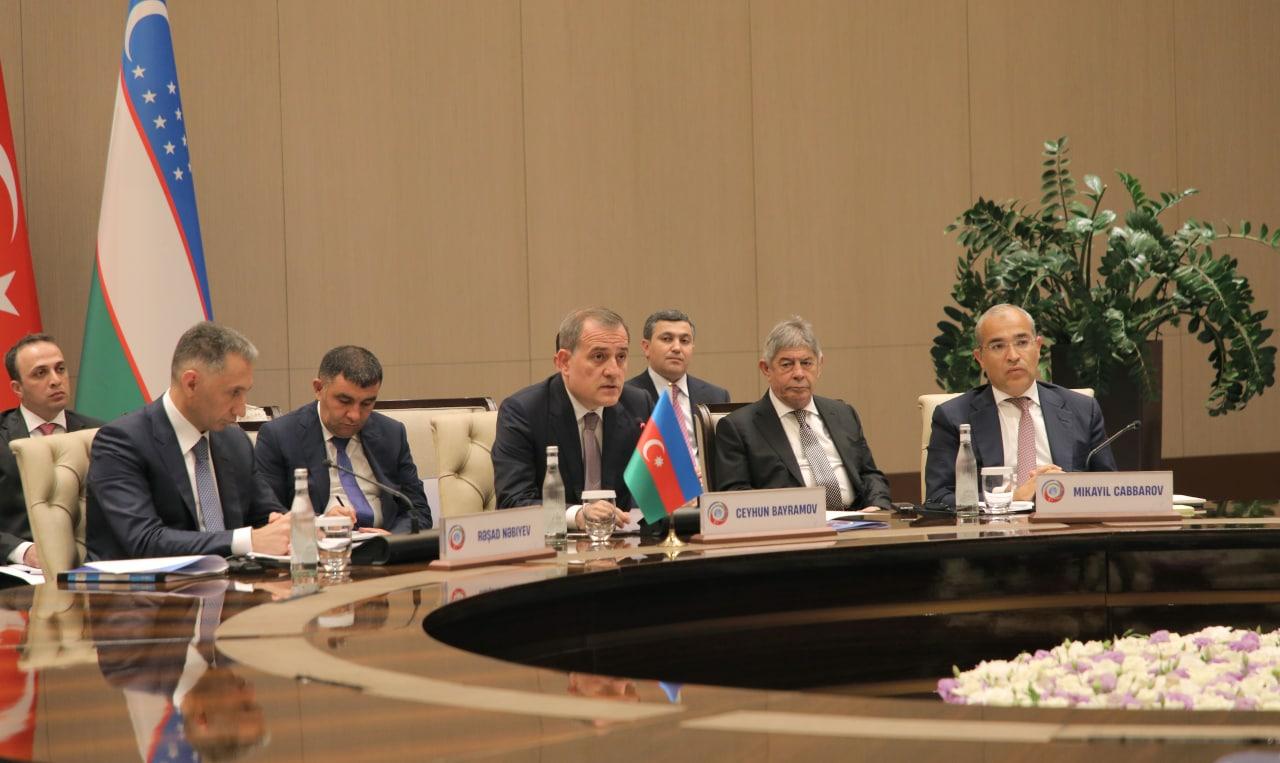 Heads of ministries responsible for foreign policy, trade, economy and transport of the three countries participated in the first meeting of the "Uzbekistan-Azerbaijan-Turkey" dialogue held today, August 2, in Tashkent.

At the beginning of the event, the Acting Minister of Foreign Affairs of Uzbekistan, Vladimir Norov, noted that the establishment of this dialogue is more relevant than ever, taking into account the international relations and the process taking place in the global economy.

It was noted that the dialogue established between the leaders of Uzbekistan, Azerbaijan and Turkey is a decisive factor in the development of a relationship based on the principle of mutual respect and support.

The issue of further strengthening of strategic partnership in the fields of regional and international politics, trade, economy, investment and transport was in the center of discussion throughout the conference.

Over the past five years, Uzbekistan's trade with Azerbaijan has increased sevenfold, and with Turkey two and a half times. It is hoped that this positive tradition will continue consistently.

- The indicator achieved in terms of economic cooperation with Azerbaijan and Turkey is still not in line with the existing potential, - said V. Norov. - Consequently, all the conditions are in place for the full use of the mutually beneficial partnership.

It was unanimously agreed that the use of the transit potential of the "Baku-Tbilisi-Kars" railway is of great importance for our country.

As mentioned, at the recent international conference on Afghanistan held in our capital, representatives of the "Taliban" movement said that the construction of the "Termiz - Mazari-Sharif - Kabul - Peshawar" railway would help ensure the stability of Afghanistan. he confessed.

"If this project is implemented, the duration and cost of cargo transportation between several large regions through Central Asia will be significantly reduced," continued the leader of the foreign policy office of our republic. - There will be an opportunity to directly enter the South Asian market, where the total population of our countries is about 1.9 billion and the gross domestic product is 3.5 trillion dollars.

At the meeting, the Minister of Foreign Affairs of Azerbaijan Jayhun Bayramov stated that the Azerbaijani side supports and actively promotes such a regional platform based on common vision and mutual respect.

"The cooperation between Azerbaijan, Uzbekistan and Turkey is closely related to the common history and culture," said J. Bayramov. - This situation further develops the trilateral strategic relationship.

In this process, it is necessary to develop and quickly implement a series of travel programs to introduce our young people to the common historical heritage, and to strengthen cultural and humanitarian ties between Tashkent, Baku and Ankara.

Turkish Foreign Minister Mavlud Cavusoglu, in turn, pointed out that Asia and Europe are a huge trade area and emphasized that our countries should be at the center of this commercial flow.

"The Middle Corridor and transit routes through the Caspian Sea are distinguished by their economic efficiency and safety," said the head of the foreign policy court of brotherly Turkey. - The revival of the ancient and very important trade route - the Silk Road - will further consolidate the Turkic world.

At the meeting, proposals and initiatives for expanding mutually beneficial cooperation in various directions were developed.

At the end of the meeting, the Tashkent Declaration was adopted.