In paragraph 29 of Resolution No. 44 of the expanded video meeting held on September 10, 2021 under the chairmanship of the President of the Republic of Uzbekistan Sh.M. Mirziyoyev, since October this year, in front of the Chairman of the Council of Ministers of the Republic of Karakalpakstan, khakims of regions and the city of Tashkent, ministers and heads of large enterprises this year to organize meetings with youth in schools under the Presidential Agency for Education.

In this regard, in order to ensure the timely and effective implementation of the task and the organization of high-level meetings, a schedule has been developed for holding regular meetings with the leadership of the Ministry of Transport and youth studying in schools under the Presidential Agency for Education. According to the schedule, on December 16, 2021, Deputy Minister of Transport J.Choriyev and the Specialized School named after Mirzo Ulugbek in Tashkent organized a meeting among students to get acquainted with the views, suggestions and comments of young people, as well as to familiarize young people with reforms in this area. 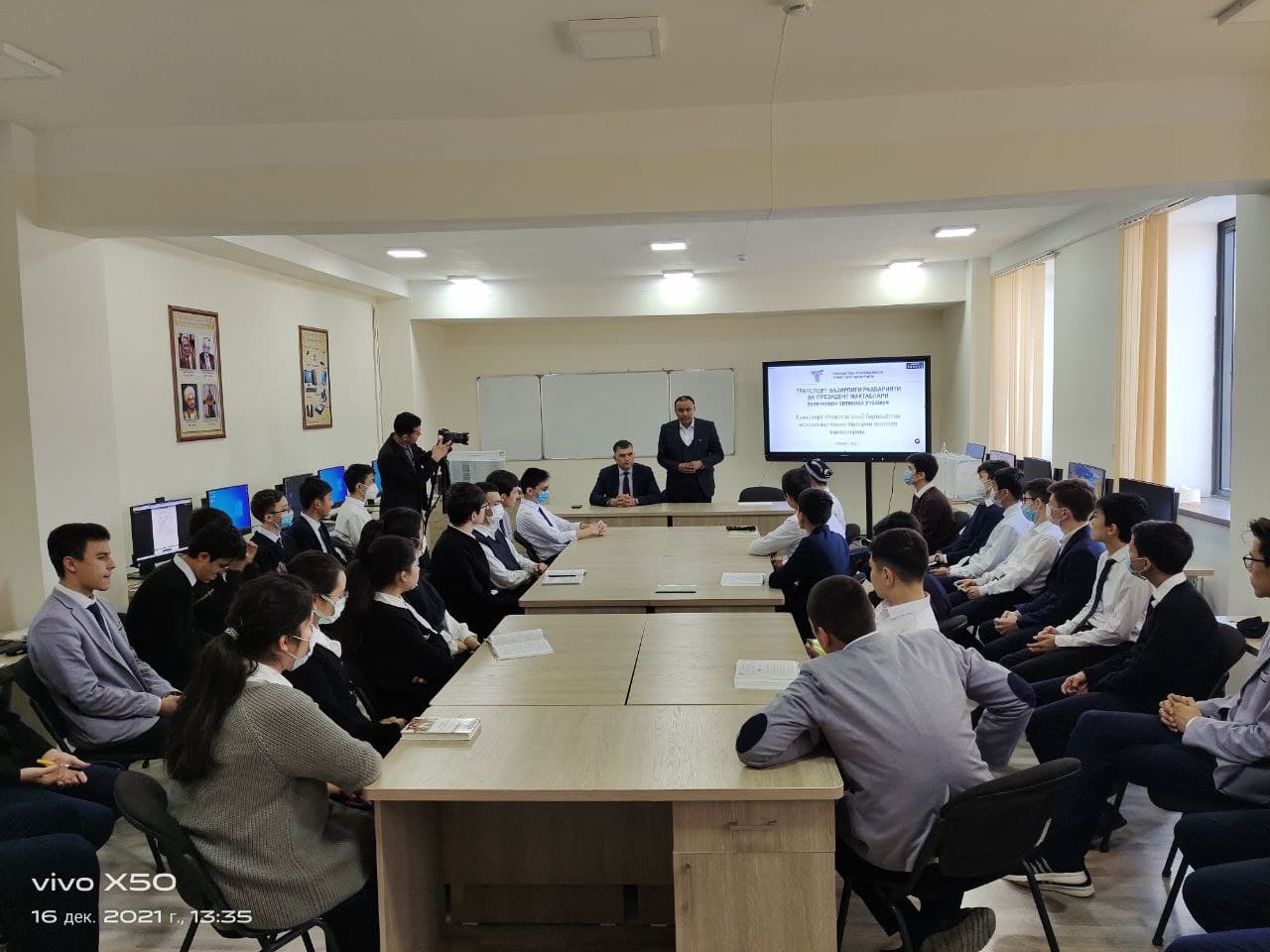 At the event, 40 talented students learned about the ongoing reforms in the field of transport, the relevance and importance of the development of international transportation and logistics, the role of our country in this, and information was also given to the work carried out by the Ministry to support the initiatives of talented youth.

Moreover, the participants received answers to their questions and information about solving the problems they face.. 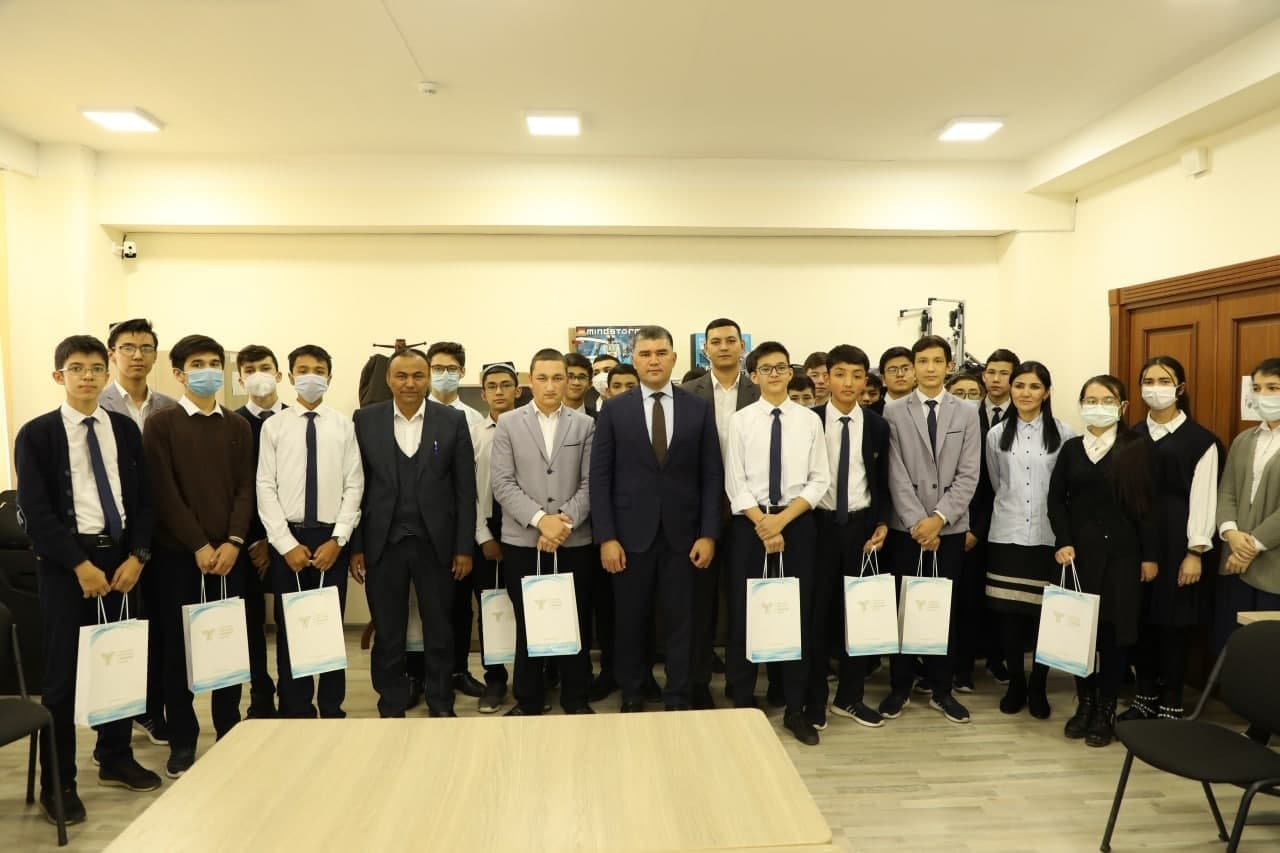